Some musings on a historical period that fascinates me, the latter half of the 19th Century, "the day before yesterday" in historical terms

In the popular mind in Britain the Victorian era, indeed the entire period from Waterloo in 1815 to the opening of the Great War in 1914, is often seen as something of a golden age of peace. So too it was for Britain, interrupted only by small wars in distant places, and two medium ones in the Crimea and South Africa. From a British perspective this perception was largely correct, mainly because whatever fighting was involved was done by the top and bottom layers of society – the sons of the landed gentry and aristocracy on the one hand, and those of the underclass on the other. There was little impact on the middle classes and on what was recognised as “the respectable working class”.

If a global perspective is however adopted the picture changes significantly and the 1860s in particular may well have represented the bloodiest single decade in human history up to that time. Conflicts that raged at this time either during the decade or overlapping it, included:


The list above takes no account of lesser colonial conflicts, or now-forgotten wars which included the Colombian Civil War of 1860-62, the Colombian-Ecuadoran War of 1863, revolt against Ottoman rule in Crete and the Dominican Republic’s liberation from Spain between 1863 and 1865.


Forgotten many of these conflicts may now be, but each represented loss, tragedy and misery for all those they touched. 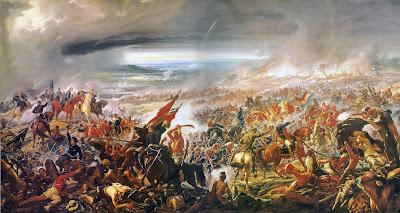 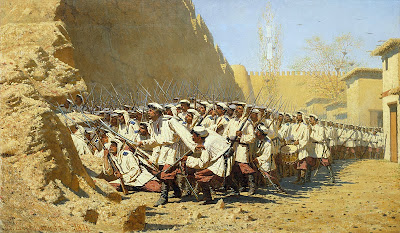 Russian troops advancing into the breach of a Central Asian fortress

Farewell to Europe: defeated Poles being transported to Siberia in 1863
(The artist, Aleksander Sochaczewski is himself the figure to the right of the column) 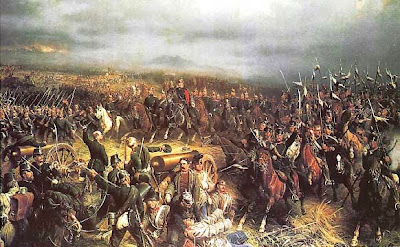 Prussian Victory at Königgrätz in 1866