Technology, old or new, fascinates me and indeed the cutting-edge technology of teh Victorian period is central to my writing in the Dawlish Chronicles (cover-design for the second of which is now in hand - the last step towards publication). Current developments are equally inspirational and a fortnight ago, when visiting the RAC Club in London, I was very impressed when I saw the Winston Wong Bio Inspired Vehicle (BIV) on display, as shown in the photographs. This unique vehicle, together with two wheeled ones, completed the first there-and-back vehicle crossing of Antarctica in late 2012. 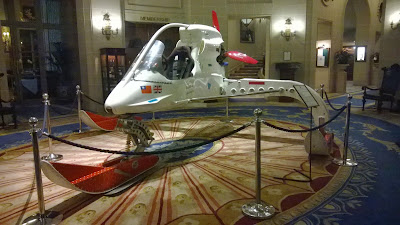 The 10-man team of the Moon Regan Transantarctic Expedition team left Union Glacier on 25 November and arrived, via the Geographic South Pole, on the Ross Ice Shelf on 9 December. They then retraced their tracks and completed the return journey on 17 December. In all they covered nearly 4,000 km and travelled for 20 days, 12 hours and 30 minutes and a variety of scientific investigations were undertaken on the way by a team from Imperial College, London.

A century after Scott, Amundsen and Shackleton, the spirit of adventure and scientific enquiry is still alive! 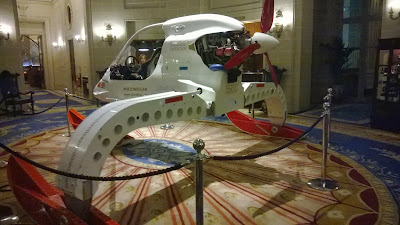 The vehicle, driven by a single person, is named for the Expedition’s science partner, Winston Wong, a leading Taiwanese businessman and alumnus and generous donor to Imperial College London. 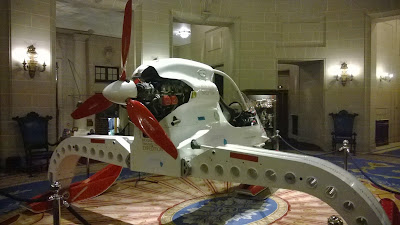 Details of the vehicle appear to be as follow:

A bio-fuelled Rotax 914 engine driving a three-blade variable-pitch propeller for a top speed of 84mph;

Three skis with independent suspension and a spiked brake for efficient stopping;

More details about this very impressive expedition can be found on http://www.transantarcticexpedition.com/index.php/news/news-details/andrew-regan-ray-thompson-talk-at-the-rac-club-london-winston-wong-bio-insp/ 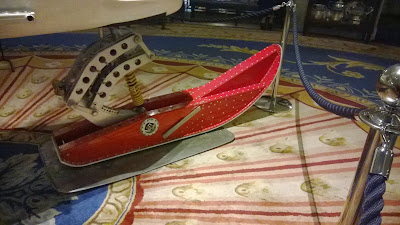