Today I approved the second - and final - proof copy of Britannia's Reach, the second book in the Dawlish Chronicles series. It's now being prepared also for Kindle publication and it will be made available in both forms in the very near future. Watch this space!

Below you see me holding a proof copy on a cold and blustery day on the English south coast. I was flattered to see that the sparrow standing on the lobster pots was taking an active interest! 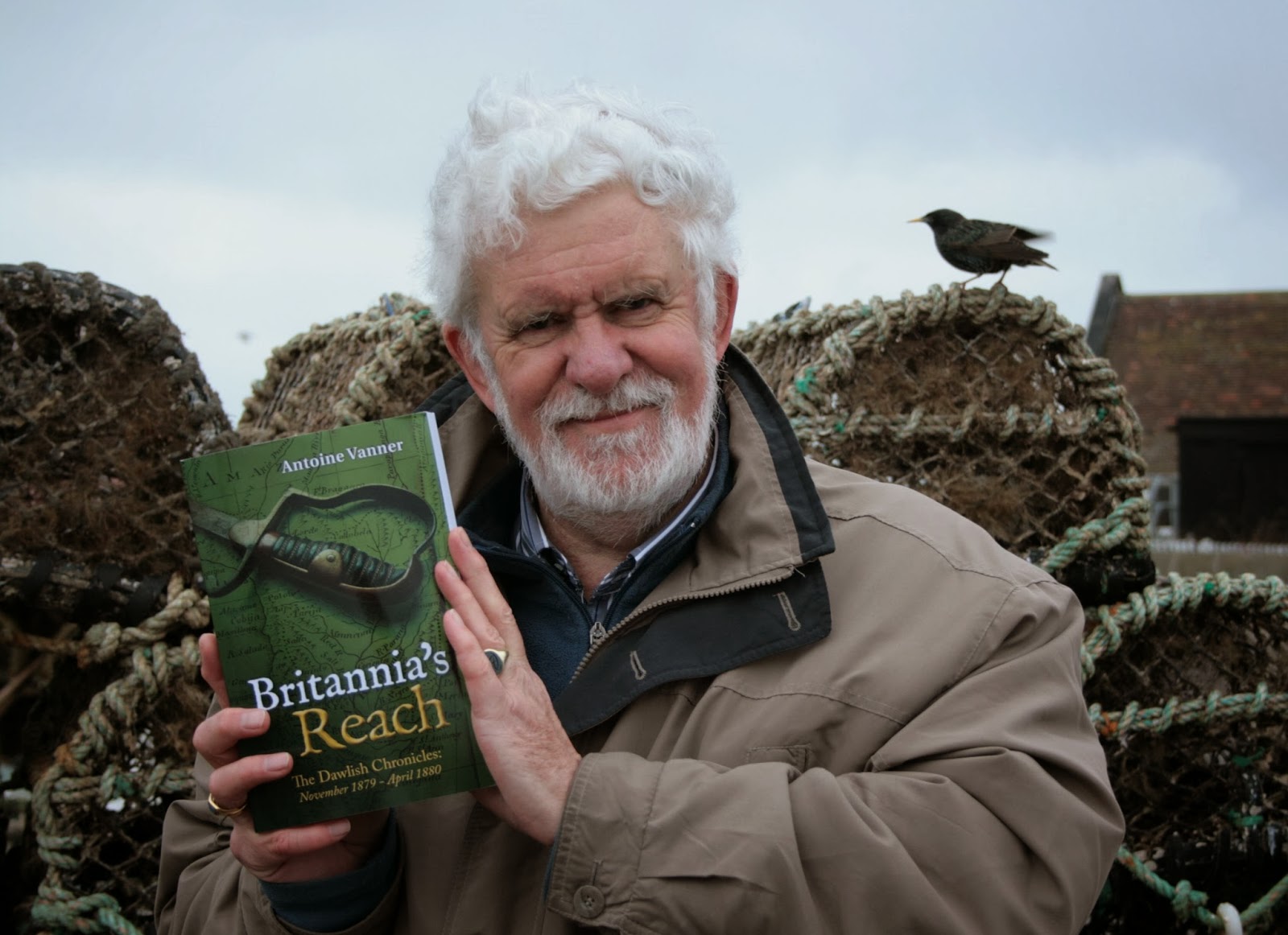 So what is confronting Nicholas Dawlish in Britannia's Reach?

It's November 1879. On a broad river deep in the heart of South America, a flotilla of paddle steamers thrashes slowly upstream. It's laden with troops, horses and artillery, intent on conquest and revenge.  In the van are two obsolete warships, an ironclad monitor and a gunboat.

Ahead lies a commercial empire that was wrested from a British consortium in a bloody revolution. Now the investors are determined to recoup their losses and are funding a vicious war to do so.
Nicholas Dawlish, an ambitious British naval officer, is playing a leading role in the expedition.  But as brutal land and river battles mark its progress upriver, and as both sides inflict and endure ever greater suffering, stalemate threatens.