In this blog-hop authors are required to answer seven questions about the main character they write about. My submission is below and at the end I’ll be handing over the baton to three other authors, “tagging them” to answer the same questions on their own blogs on April 15th.

I suspect that I myself have been “tagged” by Madame Catherine Gilflurt for today in retaliation for me tagging her for another such hop a fortnight back! Madame is not a lady to be underestimated and is responsible for a splendid 18th century blog entitled “A Covent Garden Gilflurt Guide to Life” http://www.madamegilflurt.com/


So here goes with the Seven Questions about my own writing:

1) What is the name of your character? Is he/she fictional or a historic person?

Nicholas Dawlish (1845-1918) is an officer of the Royal Navy who joined the service as a boy in 1859 and who sees varied and challenging action thereafter. For me he’s a real person and I regard preparation for my books as representing research into his life, even if he is strangely absent from official records. This may reflect the fact that some of his assignments involved activities which the government of the day preferred not to be generally known.  I know the exact dates of Dawlish’s birth and death, and much of what happened in between, some of already in detail, other parts in outline only and needing more research. Dawlish’s life parallels the careers of well-known naval officers of similar age such as Lord “Jacky” Fisher (1841-1920) and Lord Charles Beresford (1846-1919). Dawlish’s adventures bring him in to contact with real-life characters such as Sultan Abdul-Hamid II of Turkey and Hobart Pasha, the swashbuckling British head of the Ottoman Turkish navy.

2) When and where is the story set?

The first and second “Dawlish Chronicle” novels, Britannia’s Wolf and Britannia’s Reach, dealt with Dawlish ‘s service in Turkey 1877/78 and in Paraguay 1879/80. He had attained the rank of Commander by this time – his promotion to this rank was early for his age and rewarded services which will be the subject of a “prequel” to be published later – but now, as the 1880s dawn, he’s now hungry for promotion to the rank of captain. The novel due for publication at the end of this year is set in 1881 and Dawlish’s getting his next step in rank will be conditional on completion of a very challenging assignment – one which will demand the support of Florence, his indomitable wife. The setting for the novel’s opening is the Adriatic but the action moves on very quickly from there – but to where will be a surprise.

3) What should we know about him/her?

Dawlish wants to get to the top in the Navy - but he knows he'll have to fight hard to get there since he doesn't have family or influence on his side. He knows that the only things going for him will be energy, professionalism and a mastery of technology that other officers still scorn as beneath their dignity as gentlemen. He is a fundamentally decent man, but one of his own time, not ours. He has many of the Victorian virtues – earnestness, dedication, confidence, pride in his Britishness – but he has many of the shortcomings also, most notably a somewhat unquestioning acceptance of the status quo and a painful
awareness of class differences. He places high value on honour, courage and humanity but can find himself at somewhat of a loss when confronted by less principled players who “play dirty”. His strong sense of right and wrong causes him considerable mental pain when confronted with moral ambiguity. He regrets that entry to the Navy at so young an age has denied him a broader education, which he tries to remedy by private study.

4) What is the main conflict? What messes up his/her life?

His family background is not happy. His mother died when he was a child and his father, a small-town solicitor, comforted himself with a string of working-class women, much to the embarrassment of Nicholas, his brother and his sister. His brother was later killed in a hunting accident and his sister made a loveless marriage that left her worn out by childbearing.  A bright spot was his spending time in the spa town of Pau, in the French Pyrenees, with his mother’s brother, a naval paymaster whom tuberculosis had forced to retire early. Dawlish learned fluent French at this time and received affection he had previously missed from his uncle’s mistress, a respectable widow. The Pau interval was the only really happy part of a childhood cut off by entry to the Royal Navy and his poor experience of family life left him very cautious about personal commitments. There appears to have been a disastrous romantic involvement in Dawlish’s early 20s, one which almost led to an ignominious end to his career.  Research on what actually happened is still in progress.  A happier period in his life commenced – unexpectedly – in 1877, when he met Miss Florence Morton in Turkey. Even then however, concerns about class difference made it difficult for him to admit his true feelings.

5) What is the personal goal of the character?

Dawlish hopes to rise to the highest levels in the Royal Navy at a time when the British Empire is reaching its apogee. He recognises that he's living at a time of vast and rapid technological change and that the Navy is changing more quickly than the majority of officers can keep pace with. Steam, enhanced gunnery, electricity, torpedoes, all offer chances that he must grasp. Given his character, he welcomes the opportunities the Navy gives for honourable advancement, for personal achievement, and for adventure. The path proves more difficult than he has anticipated, not only because of physical danger but because of hard ethical dilemmas.

6) Is there a working title for this novel, and can we read more about it?

The Dawlish Chronicle novels will all be called “Britannia’s X”. In the first two novels “X” has stood for “Wolf” and “Reach” but in line with good algebraic precedent “X” will remain the unknown until the third novel is published. Perhaps I’ll run a competition nearer the time – with a signed copy as prize - to see if anybody can identify “X”

7) When can we expect the book to be published?

And whom am I tagging to answer the same questions on their blogs on Tuesday April 15th? 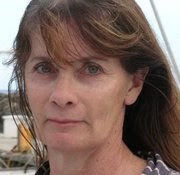 Linda Collison: To call Linda a “Renaissance Woman” would be an understatement by a big margin. She says “I  spent more than 13 years as a registered nurse, mostly in Emergency and Critical Care (with a stint in psychiatric nursing and oncology), teaching skydiving on the weekends, pursuing a second degree in History, studying French, traveling whenever possible, and writing for magazines as a sideline.  I’ve also worked as a waitress, shoemaker, film processor, gas station attendant, volunteer firefighter — and I spent two weeks skinning tomatoes with migrant workers in Carroll County Maryland.  Time travel I learned on my own!” Linda’s writing includes naval fiction set in the 18th Century as well as entertaining tongue-in-cheek SF and fiction for young adults. Linda’s “Sea of Words” blog can be found on blog  http://www.lindacollison.com/linda-collison/ 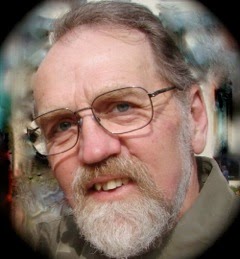 Seymour Hamilton: Seymour builds his fantasy fiction on a very firm foundation of experience sailing in the unforgiving waters off Canada’s East Coast. I love his statement thatin“The Astreya Trilogy is science fiction, I guess, although it’s pretty damn real to me” – which I think is the best starting point for writing fiction in any genre. Seymour’s blog is not only unique but one of the most entertaining I know – he describes it as “a ragbag of thoughts, borrowings, discoveries, essays, assays, evaluations, rants, whatever” and it’s well worth following on: http://seymourhamilton.com/ 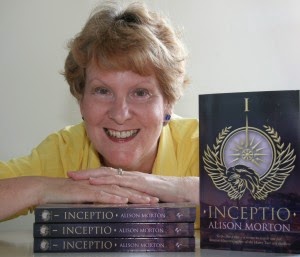 Alison Morton: Alison writes a series of alternative history “what if” thrillers set in Roma Nova, a survival of the Roman Republic which is located in Central Europe and which by the 21st Century women have not just achieved true equality but something approaching dominance. The first two books, INCEPTIO and PERFIDITAS have already been published and the third, SUCCESSIO, is due in mid-2014. Alison’s fiction is fast-moving and well-plotted. The alternative universe she creates is so “just a little different” to our own in a few key aspects, that it is wholly credible. Her blog is: http://alison-morton.com/
Posted by Antoine Vanner at 14:11