I’ve been fascinated by World War One for most of my life, not least because like many of my generation I knew people who had lived – and fought – through it. I’ve visited the Somme, Ypres, Verdun and Meuse-Argonne battlefields more than once. 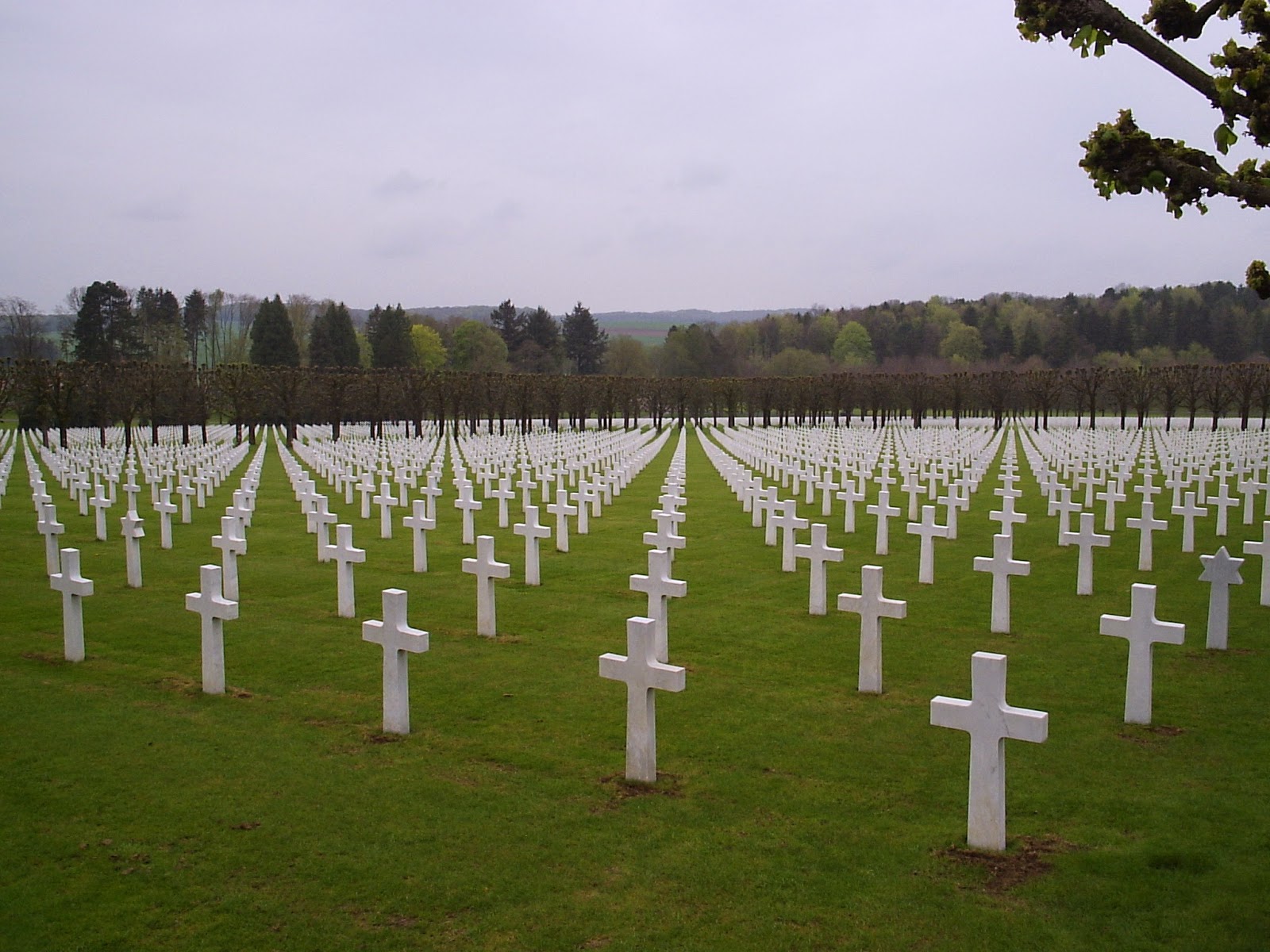 I’m reasonably well read on the period and with the 100th anniversary of the start of the war coming up I thought it might be appropriate to share recommendations of some of the books I have found most enlightening. I’ll extend the list over a number of blog posts and in due course the list will also find a place on the “Antoine Vanner’s Bookshelf” section on my website www.dawlishchronicles.com. Below is the first instalment. It deals with the outbreak and early months of the war and I hope you find it useful. 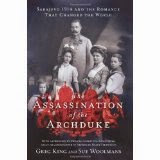 The Assassination of the Archduke: Greg King and Sue Woolmans. Subtitled “Sarajevo 1914 and the Romance That Changed the World”, this is a very recent book (2013) but deserves to be a classic.  Though the assassination of Archduke Franz Ferdinand and his wife triggered WW1, the couple themselves have remained shadowy figures in most accounts, and have been frequently portrayed unsympathetically. In this account they emerge as rounded – and indeed admirable – personalities who were prepared to endure humiliation at the Austro-Hungarian court as the price of their marriage. The assassins responsible for their murder are equally well portrayed. The account of the couple’s last day is almost unbearably poignant and their personal tragedy foreshadows those of millions of others. It’s very accessible and a good starting point for reading more about the war. 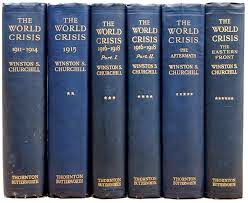 The World Crisis: Winston S. Churchill. Though a colleague said “Winston has written an enormous book about himself, and called it "The World Crisis"”, this six-volume account of the war is, as might be expected from Churchill, idiosyncratic, vigorous, subjective, eloquent and vastly readable. Either in the cabinet as a minister, or in the trenches as a battalion commander, Churchill himself was closely involved in many of the key event and decisions and these he makes live. I’ve found the first volume – dealing with the run-up to the war, of especial interest. In the UK old versions of this work can still be spotted in second-hand bookshops (those that remain) at reasonable prices. If you see them don’t hesitate – buy them! You’ll be dipping in to them for years to come.

The Guns of August (a.k.a. August 1914): Barbara Tuchman. This superb narrative history deals with the first month of the war – the German Invasion of Belgium and France, the battles on the frontiers, the Allied Retreat, the Russian incursion into East Prussia and the Battle of Tannenberg. It ends on the eve of the Battle of the Marne, the event that brought the German onslaught to a halt and ended all hopes of a short war. This is an exciting and fast paced read, and is particularly effective as “Military and Political History” for the non-specialist reader. No matter how well one knows what the outcome in fact was a sense of suspense is maintained to the end. I doubt if this book has ever been out of print since its publication some fifty years ago and it has, deservedly, been recognised as a modern classic.

The Rape of Belgium, The Untold Story of World War I: Larry Zuckerman. Belgium was the first country to suffer invasion and occupation by German forces in WW1. Most books on the subject deal with the military aspect but this book concentrates on the impact on civilians. Within days of the Germans crossing the frontier Belgian civilians were being used as human shields or being shot by the dozen in reprisals for acts of, often-imaginary, defiance. Ancient buildings and libraries – even an entire town – were burned in cold blood and worse was to follow in terms of deportation of forced labour, confiscation of food supplies and looting of industrial plant. In 1914 Belgium was apparently the 6th largest economy in the world and it never recovered this position following the devastation wreaked on it. This carefully researched book from 2004 leaves the reader with no illusions about the reality of German aggression. If you think that WW1 was “futile” then ask yourself if a tyranny that showed its hand like this could ever be tolerated by civilised men and women. The price of Freedom can be very high. 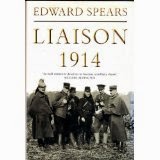 Liaison 1914, a Narrative of the Great Retreat: Edward Spears. A young and very junior British officer in 1914 (he was to be a General in the WW2), Spears found himself, almost by accident, as catapulted into a key role as liaison officer between the French and British high-commands. His English/French bilingualism proved invaluable in facilitating communication between mutually uncomprehending allies at the very moment when the German advance through Belgium into France threatened to be unstoppable. Spears was thus a “witness to history” at the highest levels and his high-drama account in Liaison 1914, originally published in 1930,  offers unrivalled insights into decision-making under crisis conditions.

Old Soldiers Never Die: Frank Richards. While Spear’s book deals with the challenges of high command in the opening months of the war, Richards’ book, first published in 1933, tells of the same campaign (and of his subsequent service through the war) from the viewpoint of a private soldier, a rank he never rose above. He had already served over a decade, much of it in India, and had left the army in 1912, though he remained a reservist. He was recalled to duty on the outbreak of war in August 1914 and participated in the opening battles and the “Great Retreat”. His story is unvarnished and unpretentious, the solid record of a professional’s job well done under the worst circumstances imaginable. The comrades he writes of bear little resemblance to what are often portrayed, in more recent books on the war, as passive victims herded to slaughter. The come across as heroic (an adjective they wold never have applied to themselves) and indomitable, cheerful but complaining, ribald and irreverent, but decent and generous – indeed probably not much different from the men and women on the front line in Afghanistan today. Richards’ book is gem. Read it!

1914, The Days of Hope: Lyn MacDonald This is one of a series of excellent narrative histories of individual years or campaigns of the war. The focus is almost entirely on the experience – and near total destruction – of the British Expeditionary force between August and December 1914. It draws heavily on individual accounts, doing so in a way that bring to life not only the major events – the Mons and Le Cateau battles, the Great Retreat, the engagement at Néry , the Marne, Aisne and First Ypres battles – but also the experiences of individual participants. One is awed by sheer bloody-minded indomitability and professionalism of this last purely regular force to fight for Britain in the war. The entire series is to be very highly recommended  and this is the volume to start with. 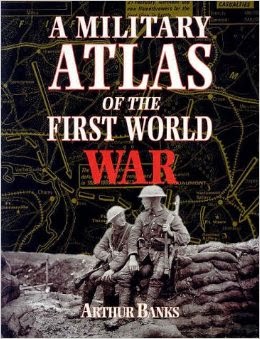 A Military Atlas of the First World War: Arthur Banks. If you are to buy one book only about World War 1, and one only, I would recommend that this is it. Though I’ve seen many other “military atlases” they’ve essentially been complementary to text accounts, and not a substitute for them. The Banks book, which has been around for over 40 years, is unique in that it tells the whole story of the war as a standalone account, not in text, but in a combination of maps, diagrams and tables. It can be enjoyed sequentially, start to finish, or as an invaluable reference thereafter when one reads more about individual campaigns.

More to follow in future blog postings!
Posted by Antoine Vanner at 06:45