The five Padstow heroines of 1879

Most of my blog-entries deal with naval history, and inevitably involve much “Blood and Iron”. This post deals however with a peacetime act of heroism and one that typifies the courage and resolution of so many formidable Victorian women. It came about when I was looking through some Victorian nautically-related books, coming across a story which I find not only impressive for its heroism, but for the delightful illustration that accompanied the item. 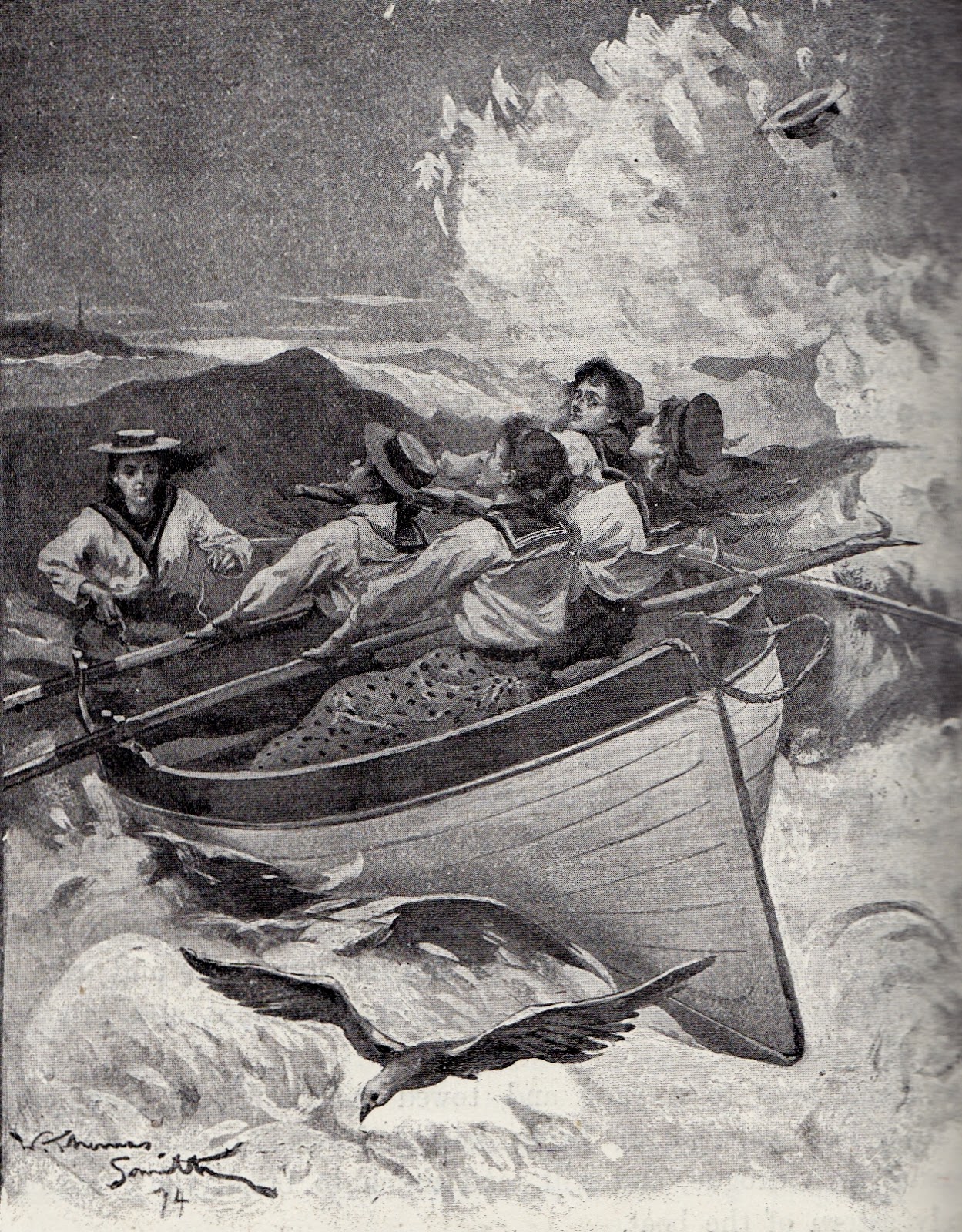 On 9th August 1879 a fishing boat capsized in a wind squall off Bray Hill, Padstow Harbour, Cornwall. At the time, the five young ladies, four sisters from the Prideaux Brune family, and a friend called O'Shaughnessy, were in their rowing boat which was being towed behind a fishing -smack. The latter was skippered by a Samuel Bate, previously the assistant coxswain of the Padstowe lifeboat. They saw that three men had been thrown into the water from the overturned craft, two of whom drowned. They were not prepared to allow the same fate to befall the third.

Despite the heavy sea the ladies asked Bate to be cast them off from his smack. He refused initially but there demands were such that he could not resist longer and he described them as rowing away “like tigers”. They stroked fearlessly through heavy surf to reach the third man. They managed to get him into their boat with the greatest difficulty, and at serious risk to themselves, saved his life and got back to shore safely. 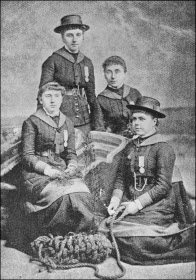 It is pleasing to record that Royal National Lifeboat Institution awarded Silver Medals to Misses Ellen Frances Prideaux-Brune; Gertrude Rose Prideaux-Brune; Mary Katherine Prideaux-Brune, and Beatrice May Prideaux-Brune; together with Miss Nora O’Shaughnessy “for their intrepid and prompt services”. It is equally pleasing to record for our generation the names of these intrepid women. I particularly like the illustration of them in action – appropriately dressed in sailor suits – and note that one of them did however suffer the disaster that every proper Victorian lady feared: she lost her hat.

Though I had previously never heard of this incident – which must have been famous in its time – I was within minutes possible to find via Google a photograph of the Prideaux Brune sisters (though without Miss O’Shaughnessy ), all proudly wearing their Silver Medals. Such are the wonders of the electronic age!