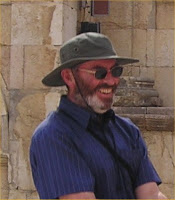 Richard lives in London, England. He writes historical fiction set in the ancient Middle East - Egypt, Canaan and Israel - and also science fiction about our solar system in the fairly near future. Research in progress for the next historical novel, which will explore the Late Bronze Age tin trade between the British Isles and the eastern Mediterranean. It is provisionally called A Storm of Wind, and is at an early stage.
His novel The Flame Before Us covers, in part, another bronze age group for whom the Mediterranean was important – The Sea Peoples, who settled in the coastline along from Gaza after a tumultuous approach disrupting cities from the Hittite realm down to the borders of Egypt. 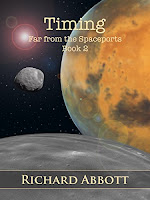 When not writing words or computer code, he enjoys spending time with family, walking, and wildlife, ideally combining all three pursuits in the English Lake District. He is the author of In a Milk and Honeyed Land, Scenes From a Life, The Flame Before Us - and most recently Far from the Spaceports. He can be found at his website http://www.kephrath.com, his Amazon Page http://amzn.to/2ege45m or blog http://richardabbott.datascenesdev.com/blog/
Click here for more information on Richard's latest novel - just published: Timing
Posted by Antoine Vanner at 14:42