An extract from Britannia’s Wolf, the reality of an army in defeat:

“They've been retreating for ten days, in action all the time,” he said. “Yesterday the Russians hit them badly. Only their guns saved them."

He gestured towards the Krupp field guns, steel six-pounders, that teams of scrawny horses were being flogged into getting moving. The Ottoman weapons, Dawlish thought bitterly, were the best money squeezed from an oppressed populace could buy and the men might well be the toughest soldiers on earth. Only senior leadership was missing. And for lack of it, this misery, this chaos. 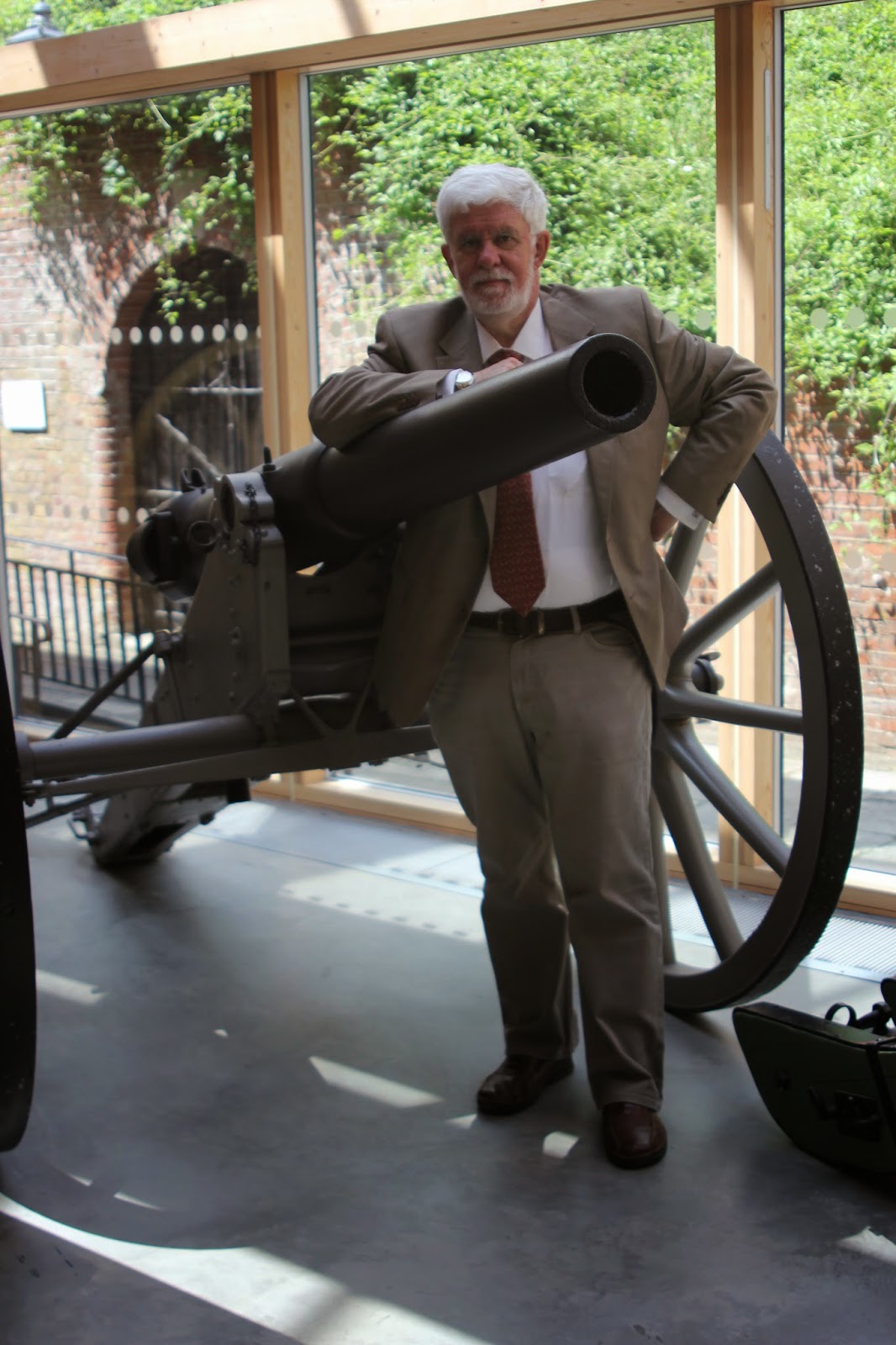 The Krupp field guns referred to would have been 75 mm weapons, throwing a 9-pound shell for up to three miles. The Krupp company had mastered the art of making safe (i.e. they didn’t burst) and reliable steel weapons in the 1850s. It added to this by development of an efficient breech-closure mechanism that depended on a sliding steel wedge and which allowed fast reloading. By the 1870s the Krupp 75 had been adopted by the German, Russian, Austro-Hungarian and Ottoman armies, as well as a host of minor military powers in Latin America and elsewhere.  It proved a major export success and direct derivatives were used well into the World War 1 period.

There is such a weapon on display at the Royal Armouries Museum, at Fort Nelson, near Portsmouth and I’m shown with it in the accompanying photograph. I suspect that the wooden wheels are rebuilds or restorations but the steel carriage, and the gun, itself is in perfect condition. A delight - one that doesn't encounter at many museums – is that one can touch it, and in the process touch history. I’d like to know the story of this weapon – who bought it (certainly not Britain), where and when did it serve, when was it captured? What a tale it must have to tell!