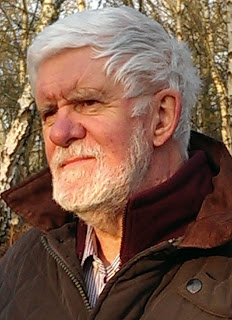 I got somewhat of a surprise when I checked today how many articles I had published on this blog in 2015. The total came to 97, not counting this one, and considering that each article averages 1200 words I had published 116,000 words, the equivalent of an average book. As in previous years the majority of the articles were on historical themes, mainly but not exclusively nautical in orientation and covering the period 1700 to 1930. A few articles were prompted by personal experience and I was also lucky enough to several splendid guest-bloggers contribute articles. Within these boundaries the range of topics has been vast, and the choice has often been surprising to my readers. I though therefore that it might be of interest to pick out twelve articles, one per month and to provide links to them. Making the choices has been far from easy and I’ve had to make hard choices between some personal favourites.  If you have not previously seen them then I hope they’ll give you pleasure and if you have read them before then you might enjoy a second acquaintance.

January:  The Battle of Solferino and the foundation of the Red Cross, 1859

This article was prompted by my driving past a girl’s school some six-miles from my home in South-East England. This is the unlikely last resting place of the French Emperor Napoleon III, his Spanish-born Empress Eugenie and his son, Napoleon Eugene, the Prince Imperial, who was to die, incongruously for a Bonaparte, in British uniform during the Zulu War. I was reminded of hoe Napoleon III’s policies led to one of the most brutal battles of the nineteenth century and how its horrors prompted a Swiss business man to found what became the International Red Cross. Click here to read the blog article.

February: The Anglo-German Blockade of Venezuela 1902-03

I lived for several years in Maracaibo, Venezuela’s second city, which today was a population of 1.3 million. It lies at the western side of the short waterway that leads from Lake Maracaibo – the largest lake in South America – to the Caribbean Sea. It was to be the scene of one of the few actions fought by the Imperial German Navy before World War I when an old Spanish fort that guarded the approaches was attacked by Imperial German naval forces in 1903. This was part of a much larger international confrontation that led to a restatement of American foreign policy, with implications that last until our own days. Click here to read the blog article.

Stories of close action in the Age of Fighting Sail have a fascination of their own and a battle in 1761 between two well-matched “74s”, the British Bellona and the French Courageux, was no exception. Devotees of naval history and fiction will know that the “74”, the so-called Third- Rate ships of the line, were the backbone of the fleets of the major European powers in the years 1756-1815. The Bellona’s own career was to span almost this entire period. Click here to read the blog article.

For almost a century insufficient provision of lifeboats a major factor in marine tragedies. Only the Titanic loss in 1912 was to evoke a sufficient measure of outrage for the problem to be finally addressed, even if the rules are not always enforced today. The spectacular loss of the SS Arctic in 1854, some 60 years before the Titanic was one of the maritime disasters that should have led to much earlier reform – and to the saving of countless lives. But it didn’t. Click here to read the blog article.

The value of professionalism and discipline has seldom been so dramatically illustrated as when the frigate HMS Alceste was wrecked off Java in 1817. She was returning from a diplomatic mission to China – which also included some lively action against hostile Chinese junks as well as surveying and charting-work off the Korean coast. Alceste’s survivors found themselves castaways, and under attack from Malay pirates, but superb leadership was to lead not only to rescue, but to the fact that not a single life was lost in the process. Click here to read the blog article.

Early in World War I an intrepid French submarine commander navigated his vessel deep into the heart of the Austro-Hungarian naval base at Pola.  Though it ended in tragedy, the attack demanded courage and professionalism  of a very high order. It was also to be the prelude to an amazing – and unlikely – second career for the submarine involved. The story also links two decent and heroic men who were cast as enemies but who, in other circumstances, might well have valued each other as friends. Click here to read the blog article.

July: Adam Worth: the real-life “Napoleon of Crime”

Adam Worth, alias Henry Judson Raymond, plays a key role in my novel Britannia’s Shark. Important though this involvement in the affairs of Empire proved to be however, it was only one episode – unknown to the general public until now – in the career of a real-life professional criminal who was to be described by a senior Scotland Yard official as “The Napoleon of the Criminal World.”  This historical figure was as remarkable for the global span of his activities as for the ease with which he found acceptance at the highest levels of British society, despite very humble beginnings. He was also to be Sir Arthur Conan Doyle’s inspiration for Sherlock Holmes’ adversary Professor James Moriarity. Click here to read the blog article.

In August my travels brought me to Penang, an island off Peninsular Malaysia’s west coast. While there I was fascinated by a one-sided battle that had taken place there in 1914 when the German light-cruiser Emden sank the Russian cruiser Zhemchug after daringly penetrating the anchorage. Russian unpreparedness was punished by German professionalism but the sinking was to be only one in a series of successes scored by the Emden before she was run down by Allied forces later that year. That was not however to be the end of German naval links with Penang, for in World War II U-boats were to be based there and sinking Allied shipping as far south as off Fremantle in Australia. Click here to read the blog article. 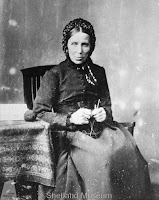 My blog posts often deal with blood and thunder, conflict and battle, but this article dealt with a middle-aged lady of poor background, who demonstrated a very high degree of heroism in peacetime without having any prior warning of what was needed. When a resident of Scotland’s Shetland Islands, the 59-year old Miss Betty Mouat, set out on what she thought was a short coastal passage she little suspected what lay ahead.  Alone on a small, crippled sailing vessel, sustained only by a bottle of milk, two biscuits, prayer and iron self-discipline, her survival was to be an epic of courage in adversity. Click here to read the blog article.

October: Nelson and Hardy – the forging of a partnership

The name of Admiral Thomas Masterman Hardy is forever inseparable from that of Britain’s greatest naval hero, Lord Horatio Nelson, whom Hardy was to comfort with news of success as he lay dying during the Battle of Trafalgar in 1805. The relationship between the two men, one of mutually reciprocated respect and affection, had been forged nine years before when Nelson was prepared to risk accepting unequal battle rather than abandon the younger officer.  Click here to read the blog article.

As an engineer myself I have always found one of the more attractive aspects of the Victorian Age to be willingness to take on large and often unprecedented engineering challenges. One such was not only the construction of an enormous floating dock for repair of warships, but getting it from the location where it was built in Britain to the Royal Navy base at Bermuda.  The 4000 nautical-miles tow of the vast structure was the most ambitious towing attempt up to that time and it demanded organisation and seamanship of the highest order. Click here to read the blog article.

During December I wrote three articles about inshore operations by Royal Naval forces during the Napoleonic Wars. Each one involved deeds of almost insane daring – the sort that inspire much of naval fiction. A British attack on the French naval base at Dunkirk in 1800 was one of the actions I wrote about and it was to be one of the last – if not the last – deployment of fireships by the Royal Navy. Fought in darkness, this was to be one of the most dramatic actions of the Age of Fighting Sail.  Click here to read the blog article.

And I want to include one more item – my saddest blog of the year, posted in May 2015:

Palmyra: A World-Legacy under threat

I sat down on May 15th to write my usual Friday-evening blog and my chosen subject was another incident of the Napoleonic period.  In the event however an item on the evening news so outraged me that I find it impossible to write about anything else. This related to the advance of ISIS forces on the ancient ruins of Palmyra in Syria, bringing with them the threat of the same type of epic vandalism that they have already wreaked on the remains of the Assyrian city of Nimrud. I had visited Palmyra twice before, most recently in 2009, and regarded the site as one of the most beautiful and inspiring places I have ever seen.  My article was a cry of mingled anger and sorrow, but I little suspected just how barbaric the aftermath of the ISIS capture was to prove. I make no apology for referring to it again. Click here to read the blog article.

Click here to see Antoine Vanner speak about his new novel, Britannia’sSpartan, in a short video.