Guest Blog: “SO WHY PIRATES?” by Helen Hollick 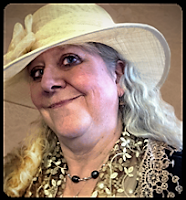 Today’s blog is from a guest, Helen Hollick, whose novels range from Arthurian Britain, via Saxon England, to sea adventures which she says are “not meant to be taken seriously”. Invariably witty and entertaining, exuding energy and joie-de-vivre, Helen’s website and blog are a source of delight (see links at end of article). Her “Sea Witch Voyages” series, set in the so-called Golden Age of Piracy, are unique in the nautical fiction genre. I’m very grateful therefore that she should contribute some entertaining musings on society’s continuing fascination with pirates. Over to Helen…

SO WHY PIRATES? Helen Hollick

Let’s be honest here, real pirates were not (are not!) nice people. The most active period of piracy is called the ‘Golden Age’, a few short years in the early 1700s. What is
‘Golden’ about outright ruffians who steal things, frighten and torture their victims? Who murder, destroy, blow things (and people) up? Pirates were the terrorist hooligans of the eighteenth century – yet we love novels and movies about them. We have pirate festivals and pirate fun days; pirate costumes are among the highest choice for fancy-dress parties, there is even an annual ‘Talk Like A Pirate Day’ every September 19th.

Very possibly three answers. Romanticism. Escapism. The thrill of safe danger. Johnny Depp’s creation of Jack Sparrow (at least for the first movie, the others were not so good) re-kindled that spark of interest in nautical adventure where belief is suspended in favour of a darn good sailor’s yarn. Safe escapism to that other world where bad things look like they happen, but actually they don’t. It’s all enjoyable make-believe.

In reality there is nothing romantic about a ship being boarded by dozens of drunken cut-throat louts bellowing at the top of their voices, ‘Death! Death! Death!’, all eager to torture, rape, murder, plunder and loot, and then destroy the evidence by setting the ship on fire.

But fictional pirates are very different. They are rogues, yes; they would as soon cut your throat as cut your money-pouch from your belt, but there is a rugged charm associated with these scallywags. Pirate tales are a grand adventure romp, usually with barely any historical accuracy whatsoever. You know that the hero will survive the storm and subsequent shipwreck, recover from a near-fatal wound, dodge the gallows, find the treasure and get the girl in the end. We all enjoy the adventures of a loveable rogue because – well, he isn’t real. The danger he gets into or creates makes our hearts race – the thrill of the chase or the fight, the within-an-inch-of-his-life death-defying scenes. The ability to keep on fighting/running/bedroom antics even though shot/wounded/kicked in an ‘ouch’ vulnerable place where real men would be curled up on the floor clutching their nether regions, howling in agony. You know these heroes are in trouble. You also know they are going to get out of it – the thrill, the excitement, is not knowing how they do so.

The secret of a good pirate novel (or any novel come to that!) is the pace, action, larger than life characters and how believable it all is. Even fantasy has to be believable – which is one of the reasons Game Of Thrones is so successful. I was halfway through Series One of GoT before I figured it was fantasy-based, not historical-adventure. (The dragons gave it away, I guess.)

It is not just our thrill-seeking generation to be enamoured by these bad-boy characters. Back in the eighteenth century the Big Entertainment (the equivalent of going to a Celeb-packed Premier Opening Night) was the spectacle of the Gallows. A good hanging drew the crowds, the more famous the criminal, the bigger the audience. To some, the prospect of seeing a man hanged was the highlight of the year. A hanging was a party atmosphere with pie-sellers and souvenirs. Dancing, revelry, and then, Top of the Bill you get to see a man taking twenty minutes or so to be strangled to death along with all the other unpleasantries that happen to the slowly expiring body. That long drop with a short stop was not in use in the early 1700s; to hang meant standing on a barrel, or cart, which was rapidly removed leaving the poor soul to kick and squirm as the noose around his  (or her) neck choked him to death. No quick broken-neck death. Captain Kidd, poor chap, was pushed off once at the Gallows at Wapping, London – and the rope broke. They picked him up, tied a new noose, stood him on the barrel, kicked it away… and the rope broke again. Had it happened a third time he would have been set free. Alas for him, someone obviously had the bright idea to get a different rope…

Another chap did survive, but I’m not sure it was a good thing. If the corpse was not paid for and collected by relatives (who often grabbed hold of the strangling body in the hope that the extra weight would kill quicker – literally, ‘hangers on’) then it was sent to the local medical school for dissection. This poor bloke was hanged, sent for dissection but was not actually dead. He regained consciousness as he lay there, naked, on the table about to be cut open!

Nope. Hanging? Not my type of entertainment. I’ll stick to drama on TV thank you.

But that’s where the ‘safe danger’ comes into play isn’t it? A hanging, or a horror movie, a murder-mystery or a thrills and spills adventure where the ‘baddies’ get killed with no remorse from the one doing the killing – usually the hero who ends up with the cute busty blonde -   sets our heart racing, our eyes popping, and in no danger whatsoever apart from a nightmare or two.

My pirate novels, the Sea Witch Voyages are adult adventures not meant to be taken seriously. I write them for fun, they are meant to be read as tongue-in-cheek Errol Flynn / Jack Sparrow romps. They are entertainment… even if the real pirates were far from entertaining to the poor souls who met a boat-load of them somewhere on the open ocean!


My Author Page on an Amazon near you : viewAuthor.at/HelenHollick

And Thanks to Helen for a most entertaining guest blog! I look forward to welcomng her back again in the future - Antoine Vanner