Yesterday, en route to my favourite research venue, the London Library in St. James’ Square, I took a short cut through a narrow passageway from Green Park through St. James’ Place. I had passed the entrance to the place countless times before but had never walked through it before.  This short thoroughfare is less than a hundred yards long, and yet in this short distance I found links to an amazing and unlikely combination of eminent previous occupants, made possible by the admirable London practice of mounting commemorative plaques.  It suddenly struck me that here, as on so many such London streets, one can be confronted with history that one has walked past so often without even noticing it.

On this occasion I pulled out my mobile ‘phone and recorded the plaques I saw. 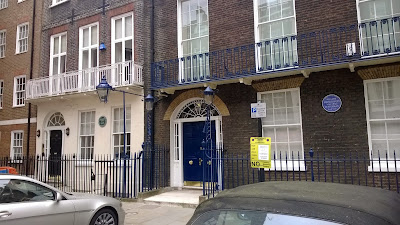 In the white house to the left Churchill lived for three years, starting as a boy of six. In this period his father, Lord Randolph, was building his career as a leading politician and his mother was a leading and scandalous socialite of the period. 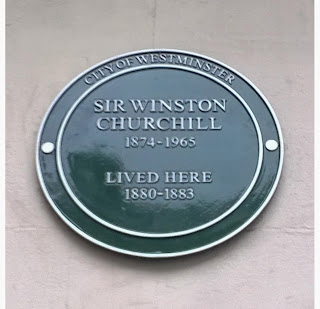 In the darker house to the right, but two generations earlier, lived William Huskisson, a worthy if dull politician who is mainly remembered for being the first victim of a railway accident. During the opening ceremonies for the world’s first passenger railway, the Manchester and Liverpool, in 1830, Huskisson stepped into the path of George Stephenson’s locomotive, the Rocket, and was fatally injured. 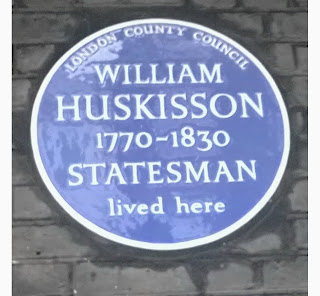 A little further down the street I found the residence of Sir Francis Chichester, best remembered today for his solo global circumnavigation in 1966-67 but who long before that time had established a reputation as a pioneer aviator. 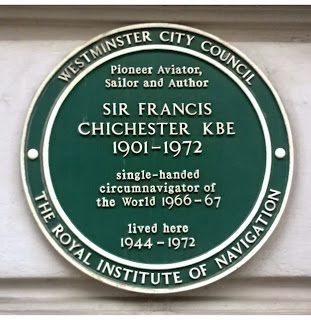 Two houses further along I saw a most unlikely memorial, one to Frederic Chopin, who stayed there shortly before his death. 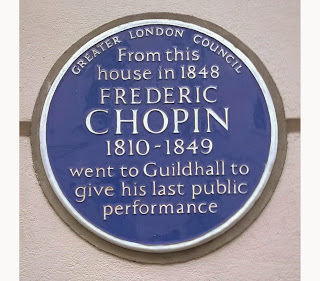 And finally, on St. James' Square, before I dropped in to the Library, I saw a familiar plaque commemorating Ada, Countess of Lovelace(please excuse the fuzzy image).  She is remembered today not as Lord Byron’s daughter, but as a noted mathematician who chiefly known for her work on Charles Babbage's early mechanical general-purpose computer, the “Analytical Engine”.  Her notes on the engine include what is now regarded as the first algorithm intended to be processed by a machine. Because of this, she is often described as the world's first computer programmer. 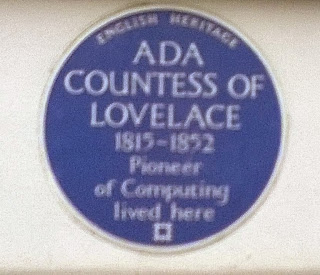 Not an insignificant brush with history in the space of a few hundred yards! The man who is tired of London is indeed tired of life!