It is my pleasure this week to introduce a guest blog by my friend and fellow-novelist Alison Morton. She is known for her innovative - and highly credible - alternate-universe thrillers, in which a remnant of Roman power has survived onto the 20th Century and beyond. She has just published her fourth, Aurelia,and you'll find out more about her and her books, at the end of this article.


I asked Alison to suggest a topic for her guest blog that would be nautically - or water-borne - related, and she came up with the following, fascinating, article. Over to Alison!

Nowhere more than with flowing water do Roman preoccupations with religion, ceremony, power, cultural identity and commerce come together.

Roman ideas about rivers go well beyond simple military technicalities of attack and defence; living and working by rivers, the religious symbolism of springs and water and the role of rivers as boundaries were integral to the Roman psyche. Rivers often marked not only private property, but settlements, regions, provinces and even the extent of Roman rule – the edge of empire.  The Danube (Danubius fluvius) is a perfect example of the latter. And of course, rivers served as communication for commercial as well as military use; the Rhone (Rhodanus fluvius) was the trade conduit into Gaul, Britannia and all points north.


Springs (hot and cold), streams, flowing water and mighty rivers were thought to possess a divine or semi-divine status, often with strong local traditions. Crossing a river meant negotiating with or placating the local deity. Trajan ordered religious ceremonies on the banks of the Danube before building the bridge east of the Iron Gates, (near the present-day cities of Drobeta-Turnu Severin in Romania and Kladovo in Serbia) before he took his army across. For a hard-headed and practical people, the Romans were very superstitious and it was a rash commander who ignored the required observances. The larger the river was, the more important the mental and spiritual boundary. Connected with this anxiety about water, many Romans looked down on the naval branch of their armed forces; despite its competence, it was considered a second-rate posting for a career soldier.

The Romans didn’t develop a purposeful, Empire-wide strategy in respect of rivers as a form of control, but exploited the river environment as they did any other natural part of the landscape. Often it was the fastest and safest way of moving goods and people and supplying troops, especially in a hostile environment on land, and the most efficient way of monitoring and controlling the local population by means of bridges and fording points. One use of naming rivers helped identify and imprint on the popular consciousness the extent and local of imperial conquests and the superiority of Roman forces and generals, e.g. crossing the Tigris, conquering the tribes across the Rhine (or not!).

And the Tiber, the great artery of Rome… According to legend, the city of Rome was founded in 753 BC on the banks of the Tiber about 25 kilometres from the sea at Ostia. The island in the middle of the river, Isola Tiberina, was the site of an important ancient ford, later bridged. The river marked the boundary between the Etruscans to the west, the Sabines to the east and the Latins to the south.

The Tiber was critically important to Roman trade and commerce, navigable as far as 100 kilometres upriver; some scholars think the river was used to ship grain from the Val Teverina as early as the 5th century BC.

During the Punic Wars of the 3rd century BC, the harbour at Ostia at the mouth of the Tiber became a key naval base and later, Rome's most important port, where wheat, olive oil, and wine amongst other essential commodities were imported from Rome's colonies around the Mediterranean. (See earlier blog about this). Wharves were also built along the riverside in Rome itself, lining the riverbanks around the Campus Martius area.

Sometimes the river was uncompliant and flooded the port, farmland, channels, drainage ditches and the roads leading to Rome, and causing mudslides and the destruction of houses and commercial buildings as Pliny the Younger wrote to Macrinus in the first century AD.

The heavy sedimentation of the river made it difficult to maintain Ostia, prompting the emperors Claudius and Trajan to establish a new port on the Fiumicino in the 1st century AD. They built a new road, the via Portuensis, to connect Rome with Fiumicino, leaving the city by Porta Portese ('the port gate'). Both ports were eventually abandoned due to silting.

The Roman Navy on the frontier rivers

During the early Imperial period, the Mediterranean became largely a peaceful ‘Roman lake’ (mare nostrum) and the navy was reduced mostly to patrol, anti-piracy and transport duties, especially escorting the grain shipments to Rome. It also manned and maintained craft on major frontier rivers such as the Rhine and the Danube. But it wasn’t all plain sailing(!). In AD 15 and 16, Germanicus carried out fleet operations along the rivers Rhine and Ems, without permanent results due to grim Germanic resistance and a disastrous storm.

Under the ‘Five Good Emperors’ (AD 96 – AD 180) the navy played an important role during Trajan's conquest of Dacia, and operated, albeit temporarily, a fleet for the Euphrates and Tigris rivers. During Marcus Aurelius’s wars against the Marcomanni confederation, naval actions took place on the Danube and the Tisza.

Lighter ships, small-oared vessels, such as the navis actuaria, with 30 oars (15 on each bank) were ideal for transport in coastal and fluvial operations, for which its shallow draught and flat keel were ideal. In Late Antiquity, it was succeeded by the navis lusoria, used extensively used for patrols and raids by the legionary flotillas in the Rhine and Danube frontiers.

The Classis Germanica was established in 12 BC by Drusus at Castra Vetera. It controlled the Rhine river, and was mainly a fluvial fleet, although it also operated in the North Sea. On one unfortunate occasion, the Romans' initial lack of experience with the tides of the ocean left Drusus' fleet stranded on the Zuyder Zee. After AD 30, the fleet moved its main base to the castrum of Alteburg, some 4 km south of Colonia Agrippinensis (modern Cologne).

The Classis Pannonica, was a fluvial fleet controlling the Upper Danube from Castra Regina in Raetia (modern Regensburg) to Singidunum in Moesia (modern Belgrade). Some writers trace its establishment to Augustus's campaigns in Pannonia in ca. 35 BC, but it was certainly in existence by AD 45. Its main base was probably Taurunum (modern Zemum) at the confluence of the river Sava with the Danube.

As an afterword, it’s worth noting that the (imaginary) 21st century state of Roma Nova – the setting for my books – was founded on cliff above a river in the last days of Empire. (Click here for more background).  Today, there are flourishing commercial docks in Roma Nova (mentioned in INCEPTIO and PERFIDITAS) and the base for a small fleet of well-armed patrol boats of the Imperial Fleet ready to deter any modern waterborne barbarians. Readers of the Roma Nova thrillers could see some resemblance to large towns built on the rivers Drava and Sava which flow into the Danube…

More about Roma Nova and Alison 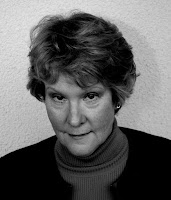 Even before she pulled on her first set of combats, Alison Morton was fascinated by the idea of women soldiers. Brought up by a feminist mother and an ex-military father, it never occurred to her that women couldn’t serve their country in the armed forces. Everybody in her family had done time in uniform and in theatre – regular and reserve Army, RAF, WRNS, WRAF – all over the globe.

So busy in her day job, Alison joined the Territorial Army in a special communications regiment and left as a captain, having done all sorts of interesting and exciting things no civilian would ever know or see. Or that she can talk about, even now…

But something else fuels her writing… Fascinated by the mosaics at Ampurias (Spain), at their creation by the complex, power and value-driven Roman civilisation started her wondering what a modern Roman society would be like if run by strong women…

INCEPTIO, the first in the Roma Nova series
– shortlisted for the 2013 International Rubery Book Award
– B.R.A.G. Medallion
– finalist in 2014 Writing Magazine Self-Published Book of the Year

Alison’s latest thriller, AURELIA, goes back to the late 1960s and starts the adventures of a new heroine, Aurelia Mitela. Here’s a little more about it:

Late 1960s Roma Nova, the last Roman colony that has survived into the 20th century. Aurelia Mitela is alone – her partner gone, her child sickly and her mother dead – and forced to give up her beloved career as a Praetorian officer.

But her country needs her unique skills. Somebody is smuggling silver – Roma Nova’s lifeblood – on an industrial scale. Sent to Berlin to investigate, she encounters the mysterious and attractive Miklós, a known smuggler who knows too much and Caius Tellus, a Roma Novan she has despised and feared since childhood.

Barely escaping a trap set by a gang boss intent on terminating her, she discovers that her old enemy is at the heart of all her troubles and pursues him back home to Roma Nova...

AURELIA book trailer: https://youtu.be/K5_hXzg0JWA
(Warning: there is exciting music!)
Aurelia is available in paperback and as ebook from a variety of retailers:
http://alison-morton.com/books-2/aurelia/where-to-buy-aurelia/